Androgenic alopecia or male pattern baldness is a hot topic of research and discussion in the field of aesthetic medicine. Today, there are several effective treatments and methods for reversing hair loss in both men and women. One of the most promising treatments backed by scientific research is microneedling. Let us take a look at the procedure of microneedling and dermarolling, its benefits, long-term results, and how it can help with hair loss.

What is a dermaroller? What is microneedling?

Microneedling is a procedure through which micro wounds are created in the epidermis using sterilized fine needles. The small punctures stimulate collagen growth that helps in reversing hair loss, acne, pigmentation, and many other skin indications.

Since the needles are quite small, the process is minimally invasive and the epidermis remains intact. (1) This makes microneedling a safe, cost-effective, and largely painless method that is widely used in dermatology and aesthetic medicine for multiple use cases.

Dermaroller is one of the most popular devices used for microneedling on the skin or scalp. This hand-held device features a handle and a roller covered in fine needles. The needles typically range from 0.2 mm to 1.5 mm in length. The goal of dermarolling is to stimulate collagen growth without causing permanent damage, discomfort, or scarring.

Dermarolling can be done at home as the devices are readily available for use. However, maintaining strict standards of hygiene is important to prevent infection and get the best results. Microneedling is carried out most safely under the supervision of your dermatologist. 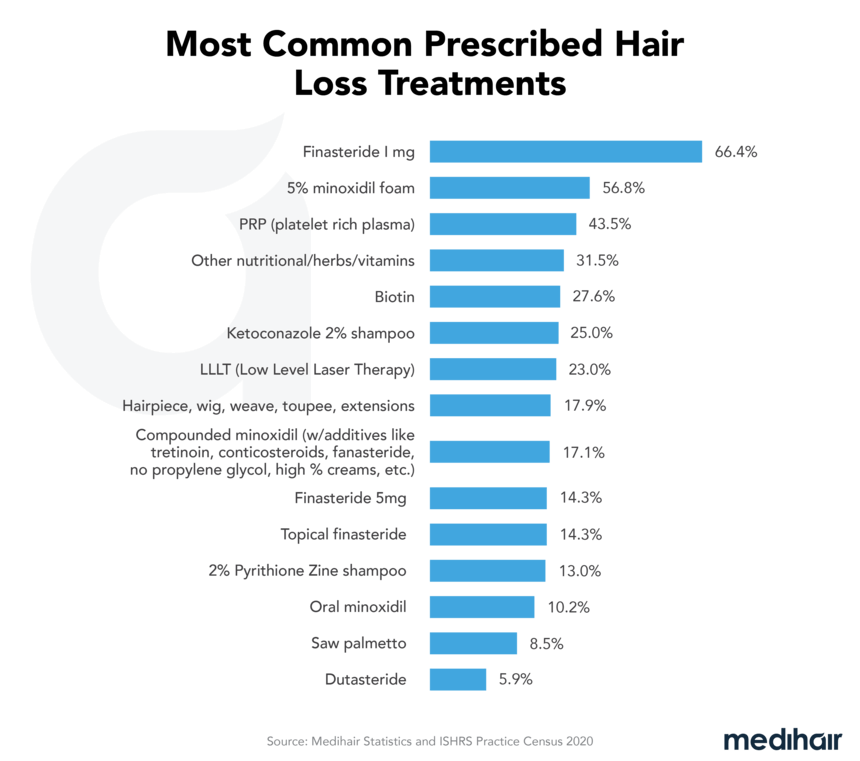 The History of Microneedling

With the production of cutting-edge microneedling devices, the procedure has suddenly gained a lot of popularity and intrigue. While the general public might not have heard about microneedling before the 21st century, the concept has been around for decades.

The origins of microneedling can be traced back to the 1900s in Germany where dermatologist Ernst Kromayer treated acne scars, hyperpigmentation, and birthmarks with an electric motor. Fast forward to 1995, when the concept of ‘subcision’ was introduced to heal wounds. (2)

In 2005, Dr. Desmond Fernandes created a small hypodermic needle stamp that would become the modern-day Dermaroller. (3) Since then, microneedling has become increasingly sophisticated and is now internationally recognized as an effective treatment for skin conditions and even hair loss. 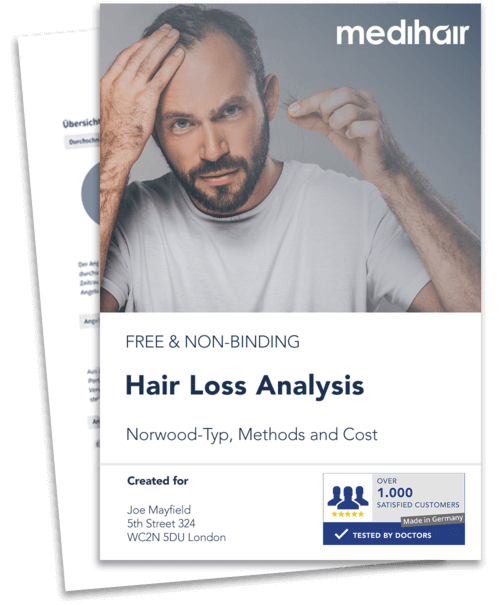 How Does Microneedling Work?

Microneedling is based on the effects of physical trauma and how our body reacts to it. The needles puncture the ‘stratum corneum’ or the outermost layer of the skin, creating tiny holes that are not particularly damaging. The trauma leads to the release of growth factors such as TDF-alpha, TGF-beta, and PDGF which play a role in collagen production for skin regeneration.

The regenerated skin is said to be more even in both tone and texture, making microneedling excellent for several applications including scarring, aging, and pigmentation. The procedure has also found use in the field of hair restoration and is often combined with topical serums to promote hair growth.

Here are some of the indications microneedling is used for:

How can dermarolling treat androgenetic alopecia?

The role of microneedling in the realm of hair restoration has gained popularity in recent years. The use of microneedling is said to stimulate the dermal papilla resulting in increased circulation to the hair follicles. This results in the release of growth factors that induce hair growth.

The role of microneedling in the field of hair restoration is two-fold:

One of the most widely observed forms of hair loss found in both men and women is Androgenic Alopecia (AGA).  Multiple studies indicate the effectiveness of microneedling when it comes to treating AGA. One study found the combination treatment of Dermaroller with 5% topical minoxidil was four times more effective than minoxidil monotherapy.

Apart from encouraging collagen growth, microneedling can also promote the absorption of topical treatments such as minoxidil for hair loss. The efficacy of this combination has been found in multiple studies over the years.

Here are some studies highlighting the effectiveness of using Dermaroller/microneedling in combination with minoxidil:

According to a follow-up study conducted by Dhurat et. all, men who were found to be resistant to conventional hair loss treatments responded well to weekly microneedling sessions combined with minoxidil and finasteride usage 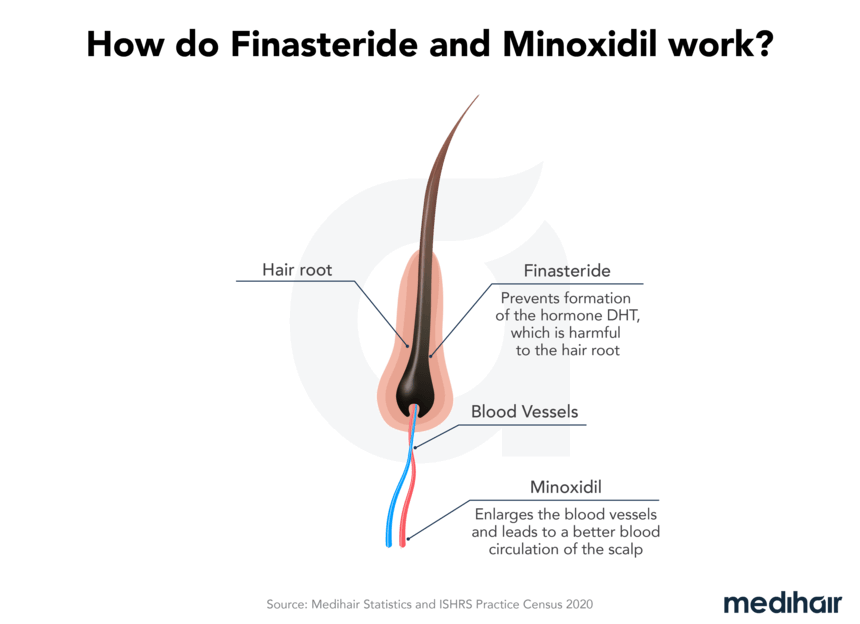 How permanent are the results of a dermaroller?

Judging from the studies conducted on the efficacy of microneedling with minoxidil and on its own, the procedure has a better retention rate than stand-alone minoxidil or finasteride therapy.

One study with a 6-month follow-up period observed that 90% of the men on minoxidil-only lost all of their new hair. Meanwhile, 20% of the men who had gone through microneedling retained their hair growth.

Save time and compare without obligation, free of charge
and quickly several hair transplant offers.

The most popular microneedling tool available today is the Dermaroller. This hand-held device features a handle and a rotating barrel covered in hundreds of microneedles.

To use the Dermaroller, you simply have to roll it over your scalp and let the needles rejuvenate the scalp. The user-friendly design of the Dermaroller makes at-home microneedling super easy and accessible.

However, one of the biggest drawbacks is that the needle length is fixed and cannot be adjusted. In order to experiment with different lengths, you will have to purchase multiple derma rollers. Another disadvantage is that the needles in the Dermaroller enter the skin at an angle. This is not the case with traditional microneedling and can cause more damage to the scalp.

Depending on your frequency of usage, you can go a few months before replacing the needles on the Dermaroller.

How to use the Dermaroller

To use the Dermaroller, press it down firmly on the scalp until you feel minor pressure without it being painful. Roll the device over the scalp but make sure not to repeat the motion several times over the same area. This may cause infection or injury.

Use Dermaroller once or twice a week for the best results. Any more than twice a week can cause more harm than good and make you vulnerable to inflammation and other side effects. Choose a needle length that feels comfortable for your treatment. Shorter needles are recommended for dermarolling at home.

Another popular option for microneedling is the Dermastamp. This device features a handle attached to a rectangular block of microneedles. Instead of a rolling motion, you can perform microneedling with a stamping motion using this device.

The Dermastamp works on both the face and scalp. It also has a few advantages over Dermaroller. Users have reported that due to its design, the Dermastamp is easier to use on yourself as it allows you to reach areas such as the back of the head.

This device also eliminates the risk of damaging surrounding hair and hair follicles which can get stuck inside the roller. In addition to that, the Dermastamp has adjustable needles, allowing you to customize the needle length.

Dermapen is much like a battery-operated variant of the Dermastamp. It requires a disposable microneedle cartridge that moves at a certain frequency to create the microneedling effect. Since the needles move mechanically, the Dermapen requires only 5 to 9 needles to get the job done.

Users can adjust the frequency or speed according to their preferences. The size and number of needles are also fully customizable. Since the needles are disposable, the Dermapen may be a more sanitary solution.

Some of the drawbacks of the Dermapen are that it is too costly and more complicated to use for non-professionals.

What needle size is optimal?

The needle lengths in Dermaroller range from 0.2 mm to 1.5 mm. The optimal needle size depends on multiple factors. Before you purchase a Dermaroller, ask yourself the following questions:

Smaller needles are better for at-home microneedling and provide a less intense experience. Most studies conducted on microneedling use 1.0 to 1.5 mm needles. It should be noted that these studies typically contain data from clinical trials and not at-home treatments.

How often should I use the dermaroller?

Research suggests that one microneedling session every three weeks might be enough in most cases.

At most, one microneedling session per week is required to get results. More than one session a week may increase the chances of side effects.

The first step to your hair transplant

Apart from microneedling or dermarolling, there are several other hair restoration options for male pattern baldness or AGA. The most suitable method for you depends on your unique case and is typically recommended by your hair doctor.

Minoxidil was originally used in the treatment of high blood pressure until its effect on hair loss was discovered. It can be taken orally or applied to the scalp directly in its topical form. The typical prescription requires patients to use minoxidil twice a day without gaps.

When applied to the balding area, minoxidil dilates the blood vessels, improving blood circulation under the scalp and increasing the supply of nutrients to the area.

For hair loss, minoxidil can be purchased over the counter at a pharmacy, through different vendors, or even online.

Finasteride is one of the most commonly used medications for AGA and hair loss. The drug works by blocking the conversion of testosterone to DHT, the hormone that causes hair loss. The reduction in DHT levels promotes hair growth. Finasteride comes in both topical and oral forms but topical finasteride is said to have lesser side effects.

According to studies, patients taking 1 mg of finasteride reported a 64% decrease in DHT, the hormone that causes hair loss.

In topical form, you can find finasteride as gel, drops, or a liquid that is directly applied to the balding area on the scalp. The drug is not yet approved by the FDA and is still under testing and evaluation. You can get topical finasteride through prescription only.

Hair transplantation is one of the most commonly practiced and highly effective hair restoration techniques in the modern world. Over the years, hair transplant methods have evolved to make the procedure more convenient and the results more natural.

Common hair transplant techniques include FUE, FUT, DHI, and ARTAS, with the most popular being FUT and FUE. A hair transplant has three main stages, removal, storage, and insertion. Mainly the extraction and removal techniques differ. Overall, hair transplantation is the most expensive but effective solution to severe hair loss. 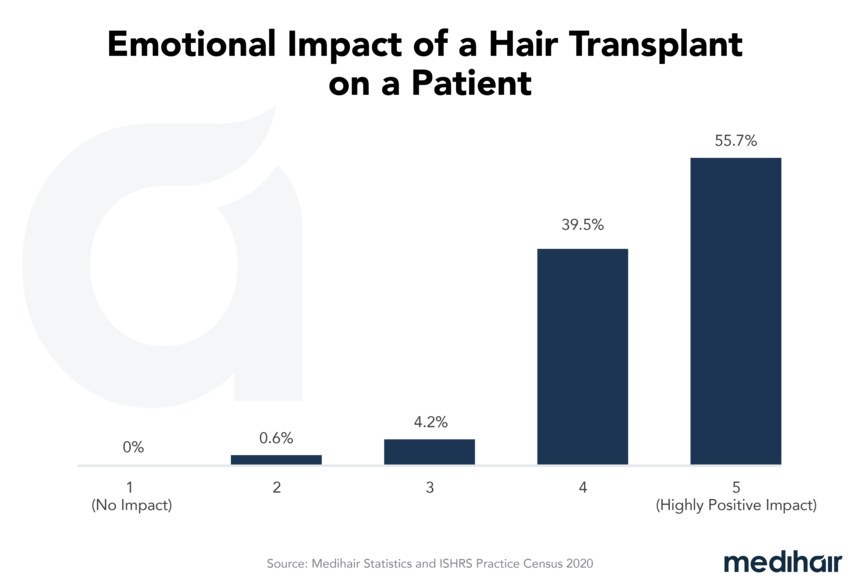 Microneedling has emerged as a promising solution to hair loss and AGA in both men and women. Over the years, it has become one of the most popular treatments for hair growth and restoration. The procedure is comparatively cheaper, safe, painless, and highly effective.

Research suggests that you can get more out of microneedling by combining it with stimulants such as minoxidil and finasteride. Microneedling can also be done at home through devices such as the Dermaroller. However, the results of microneedling in a clinical setting may outshine those of dermarolling at home.

What dermaroller is the best against hair loss?

Dermaroller comes in varying needle lengths and you have to choose one according to your preferences and use case. For hair loss, you can use a dermaroller with 0.5 mm needles.

Is derma rolling safe for your hair?

Derma rolling is a safe technique that can be performed at home with proper sanitation and hygiene. The side effects are usually minor and include redness, inflammation, and stinging that goes away within 5 to 10 days of the procedure.

How much does a dermaroller cost?